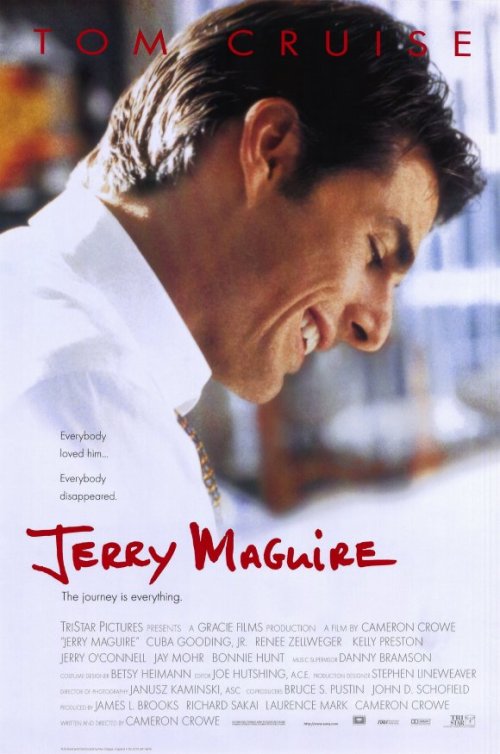 When a sports agent has a moral epiphany and is fired for expressing it, he decides to put his new philosophy to the test as an independent with the only athlete who stays with him. (IMDb)
An atypical, roller-coaster-like plot trajectory gives this film a vibrantly distinct disposition (see Maguire’s moral transformation only 10 minutes in and the vacillating and volatile romantic side-story that remains so after marriage) that’s underscored further by its zany humour, engaging sports-business drama, and the fascinating oscillating nature of the lead character, and compromised only slightly by the happy ending. The film’s pace is a little quick, but it’s better than too slow.
8/10 (Great)