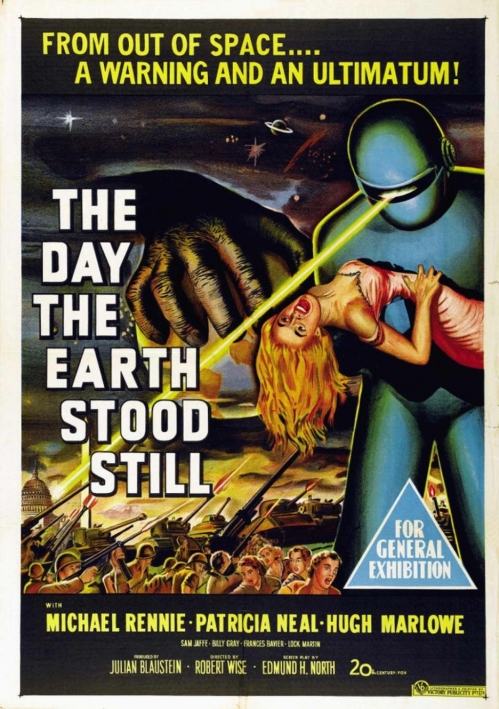 An alien lands and tells the people of Earth that they must live peacefully or be destroyed as a danger to other planets. (IMDb)
The mellow anti-sensationalism message and method here are much appreciated, given the film’s oft-overblown alien on earth premise: Instead of a crazed attack from space, we get a visit of good intentions; instead of grotesque and violent aliens, we get a well-tempered, peace-loving man from another planet and it is the earth dwellers who spread hysteria and destruction. The alien’s silent invasion is uniquely enjoyable to watch, if a tad too slow-paced and thematically heavy-handed at times.
7/10 (Good)