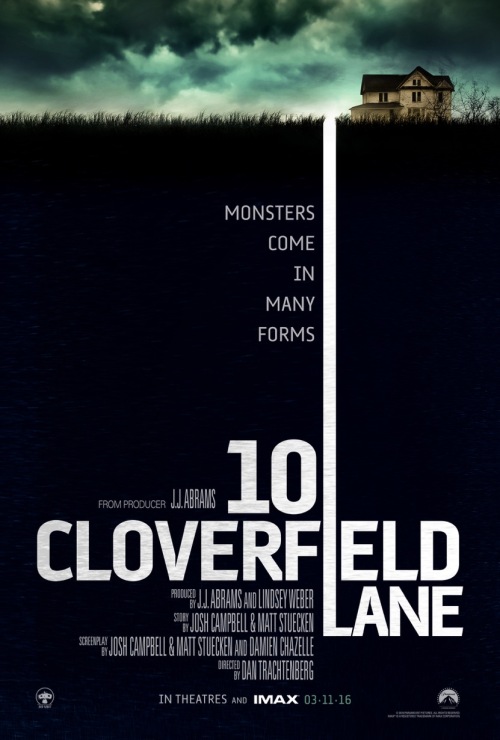 After getting in a car accident, a woman is held in a shelter with two men, who claim the outside world is affected by a widespread chemical attack. (IMDb)
An immediate and enrapturing atmosphere of claustrophobic anxiety and unsettling suspicion (Goodman’s great turn as the odd and volatile Howard is perfectly complimented by Winstead’s tense and assertive Michelle) is heightened nicely by an initially inscrutable third party, and given a well-timed twist (see the lady outside). Given its build-up, climax, and overall feel, the extended ending–while appreciably unexpected–feels like an entirely different movie–but it’s still a good one.
7.5/10 (Really Good)