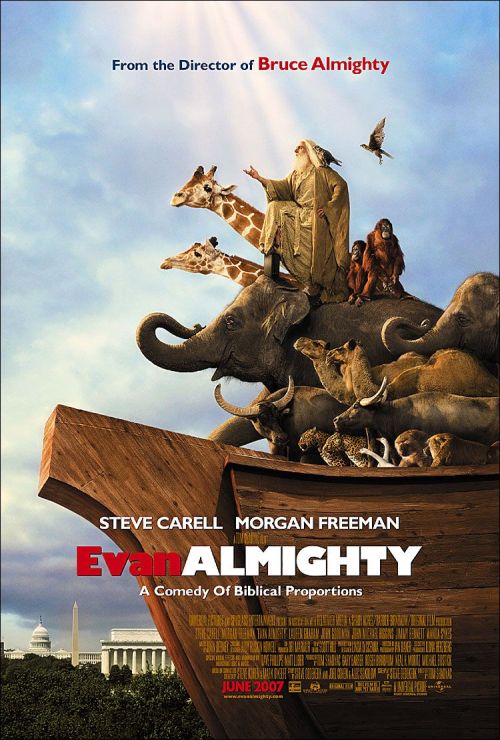 God contacts Congressman Evan Baxter and tells him to build an ark in preparation for a great flood. (IMDb)
The set-up’s predictable (yet another working dad neglecting his kids); the build-up is too (The Santa Clause, anyone?), but the plethora of biblical puns make it fun. The humor is mostly bland slapstick (Hill’s stalker Eugene aside) but Carell’s solid turn (the beard probably helped) as the guy God is seemingly screwing over gives the second act surprising dramatic credibility. Finally, though the CGI boat ride of the third act is cringe-worthy, its environmentalist slant is appreciable.
6.5/10 (Alright)