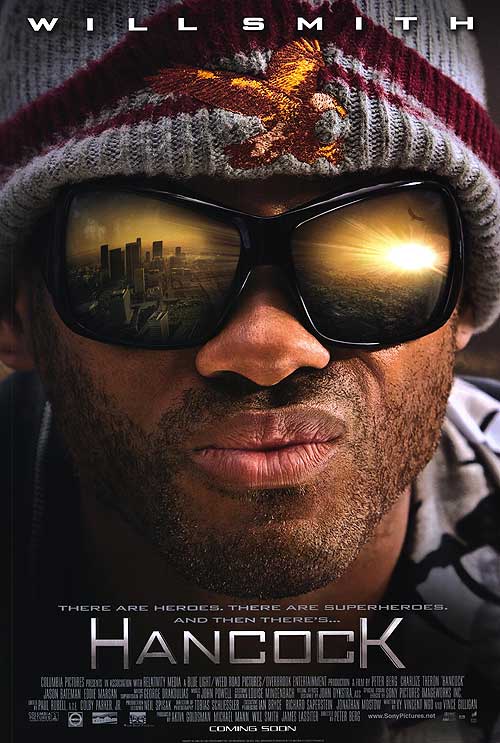 Hancock is a superhero whose ill considered behavior regularly causes damage in the millions. He changes when the person he saves helps him improve his public image. (IMDb)
Starts off as a strong character drama, with Smith’s asshole Hancock playing well off Bateman’s earnest straight man for some laughs early on before some well-executed scenes bring out further depth (see his vulnerable press conference; small group sharing) and his mysterious superpowers add tasteful intrigue. If only it ended after the bank rescue, for from there an unwanted twist takes it down a mess of a new path populated by some laughable sci-fi, a barely-there villain, and a lame ending.
6.5/10 (Alright)