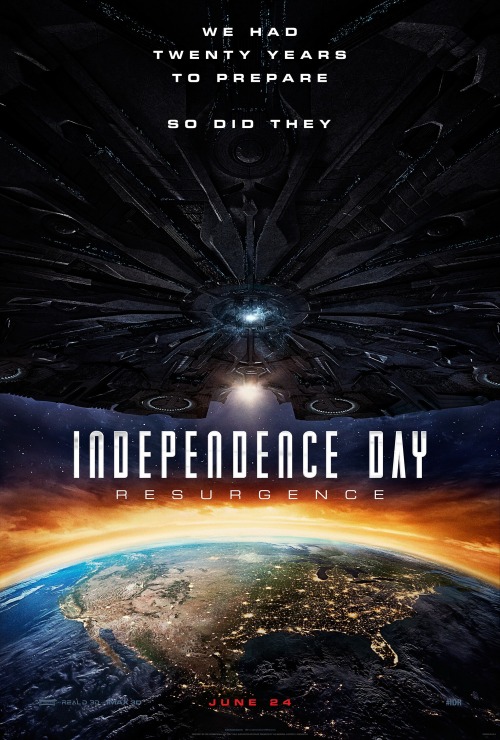 Two decades after the first Independence Day invasion, Earth is faced with a new extra-Solar threat. But will mankind’s new space defenses be enough? (IMDb)
Nothing wrong with a big, brainless sci-fi (see its predecessor) but it’s got to have at least some dramatic weight, be decently acted, have a character to care about as well as some good one-liners. This film fails on almost all counts: The exposition and pep talks are beyond cheesy, the performances often bad, the characters too numerous and forgettable (save for Drs. Okun and Isaac’s cute couple) and the one-liners in one ear out the other, save for one: “They like to get the landmarks”.
4/10 (Bad)