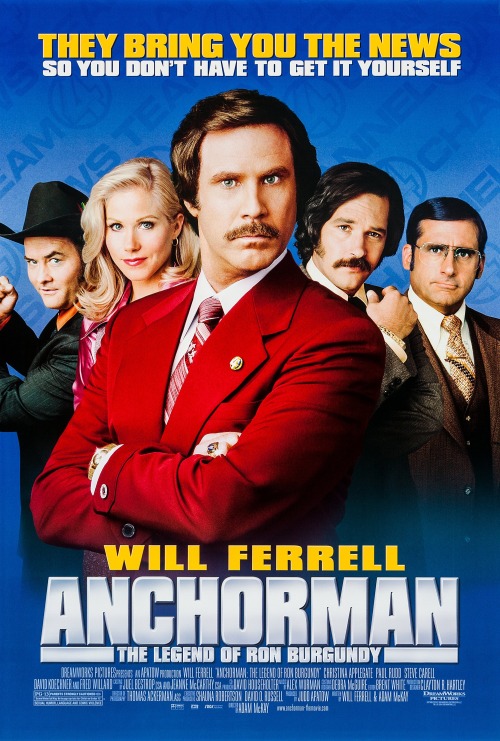 Ron Burgundy is San Diego’s top rated newsman in the male-dominated broadcasting of the ’70s, but that’s all about to change for Ron and his cronies when an ambitious woman is hired as a new anchor. (IMDb)
An unashamedly purely comedic endeavor; any deficiencies in film-making are pointless to talk about because every aspect of the movie exists entirely to generate laughs. Hilarious characters and dialogue (led by Ferrell’s boisterous Burgundy) and outrageous scenes of which only half contribute to the plot (see “Afternoon Delight” sing-along; violent news-team brawl) add to a continually running satire of male-centrism to produce a top-notch comedy that nails its humour scene after scene.
7.5/10 (Really Good)