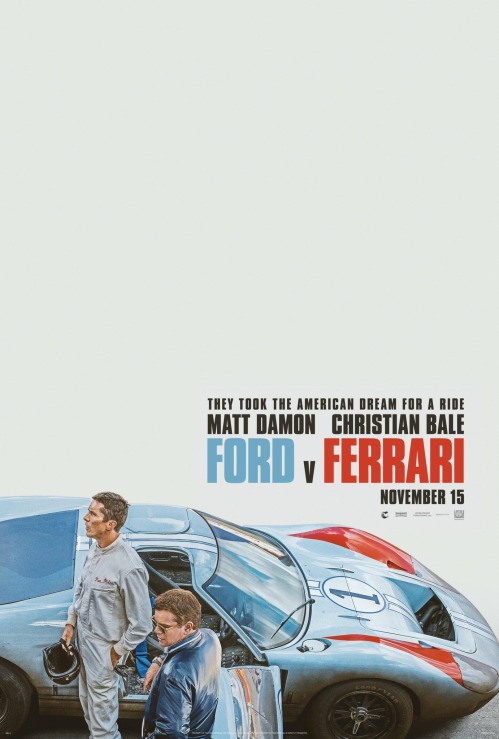 American car designer Carroll Shelby and driver Ken Miles battle corporate interference and the laws of physics to build a revolutionary race car for Ford in order to defeat Ferrari at the 24 Hours of Le Mans in 1966. (IMDb)
The titular battle is the most poorly executed aspect of the film, with not enough reasons given to like one and dislike the other (Shelby’s cheating doesn’t help). The main duo vs. the suits is more engaging but it still feels a bit generic when it’s not centered on Bale’s passionate Ken Miles–it’s that infectious turn (along with the strong music and technical elements) that steers this film away from mediocrity; whenever he takes the wheel (in both senses) this film shines.
7/10 (Good)
Loading Comments...