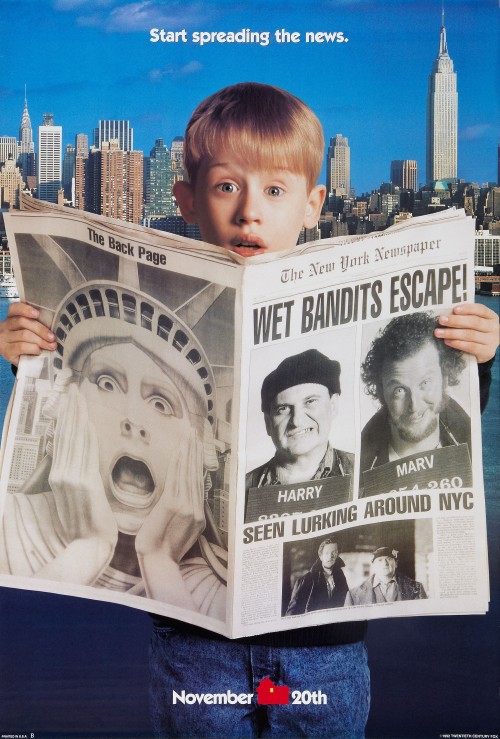 One year after Kevin McCallister was left home alone and had to defeat a pair of bumbling burglars, he accidentally finds himself stranded in New York City – and the same criminals are not far behind. (IMDb)
I’ve never seen a sequel so blatantly and blandly recycle the plot movement and motifs of the original. Some of it is given new life by the different setting (who wasn’t living vicariously through Kevin when he’s gorging on room service?) but most of it’s not. A couple funny new characters (Curry and Schneider’s hotel staff) are cancelled out by the now-comedically-flat Marv and Harry. Meanwhile, Kevin’s new batch of booby-traps cross the line from humorously harsh to just plain disturbing.
6/10 (Mediocre)
Loading Comments...