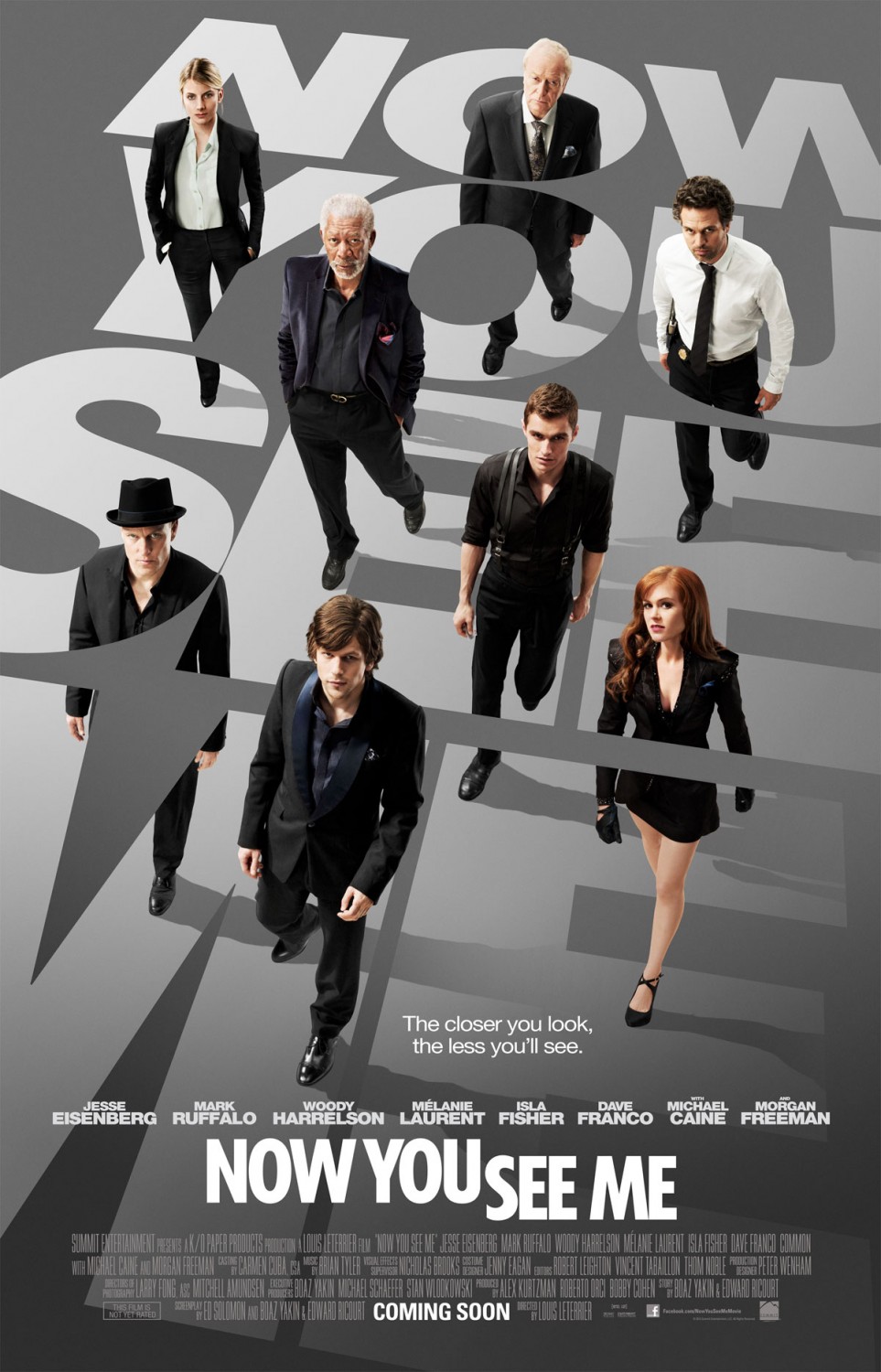 An FBI agent and an Interpol detective track a team of illusionists who pull off bank heists during their performances and reward their audiences with the money. (Letterboxd)
The end sucks, not just because the twist is nonsensical (flashbacks of the person in a hoodie “there the whole time” isn’t enough explanation), but because the dumb carousal final scene leaves behind the cool Robin Hood-esque motivations of the team for some lame secret club idea–and the cocky characters already weren’t that likeable. Magic and heists are fun though, and fortunately that makes up most of the movie, making it fully watchable when the camera isn’t making you dizzy.
6/10 (Mediocre)