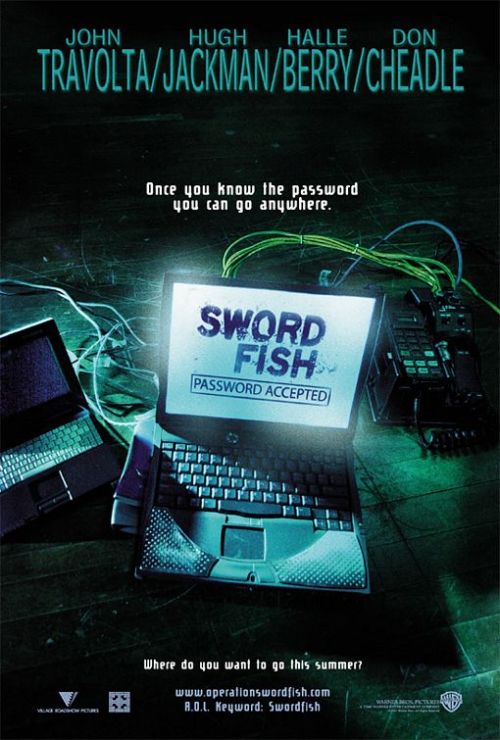 A covert counter-terrorist unit called Black Cell led by Gabriel Shear wants the money to help finance their war against international terrorism, but it’s all locked away. Gabriel brings in convicted hacker Stanley Jobson to help him. (IMDb)
So, Berry shows off her bod, Travolta’s got blonde highlights, and Jackman looks like the sixth member of N’Sync: Not necessarily fatal to taking the film seriously but it says something that they’re almost the only things I remember aside from a couple good bad-guy monologues, one cool scene where a bus dangles from a helicopter, and one cheesy montage of our hacker protagonist dancing to funk while talking to his computer. A mildly entertaining action thriller, but it’s both dated and generic.
5.5/10 (Poor)