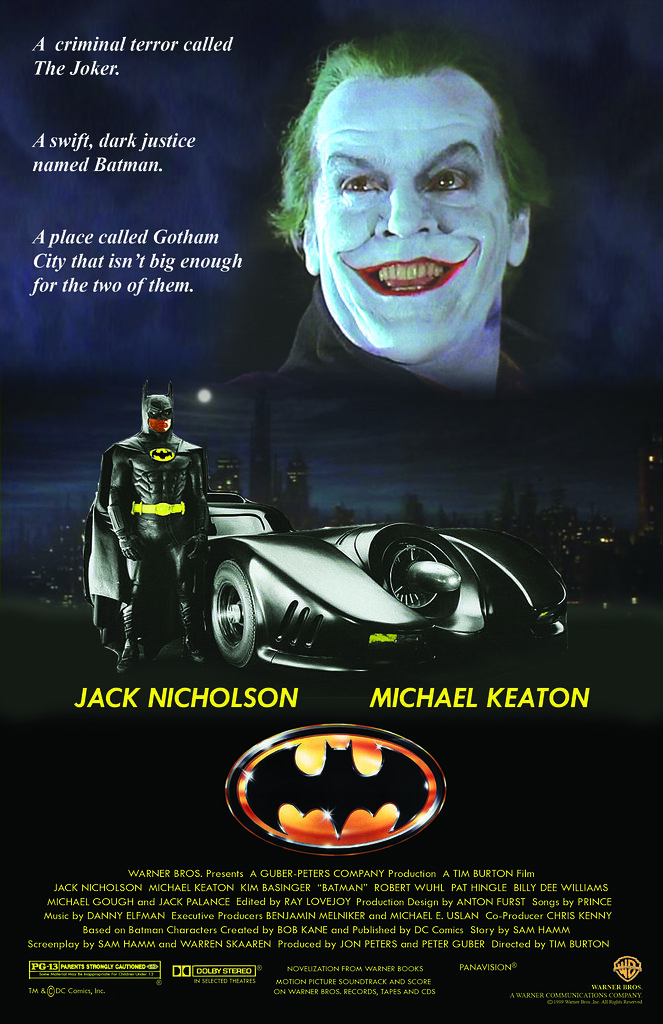 The Dark Knight of Gotham City begins his war on crime with his first major enemy being the clownishly homicidal Joker. (IMDb)
This take on Batman is less than mediocre, with a thin plot (barely boosted by a couple funny lines) and uninspired main characters (Keaton’s Batman is dry and Nicholson’s Joker feels more silly and contrived than evil) thrown into a childish, ill-paced, and painfully awkward script (see the awful scene with Wayne and the Joker). The quasi-campy vibe just doesn’t work here–it’s not written and directed seriously enough to be compelling, and it’s not intentionally goofy enough to be funny.
5.5/10 (Poor)

When the menace known as the Joker wreaks havoc and chaos on the people of Gotham, the caped crusader must come to terms with one of the greatest psychological tests of his ability to fight injustice. (IMDb)
A truly riveting movie from beginning to end, never letting up its incredible pace: It’s jam-packed with edge-of-your-seat action (that car chase!), fascinating themes (issues of morality and the human psyche are explored) complex characters (the line between villain and hero is blurred) and captivating performances (you never want to blink when Ledger is on screen), all perfectly complimented by an exciting and epic score. It’s the quintessential superhero movie.
9/10 (Amazing)