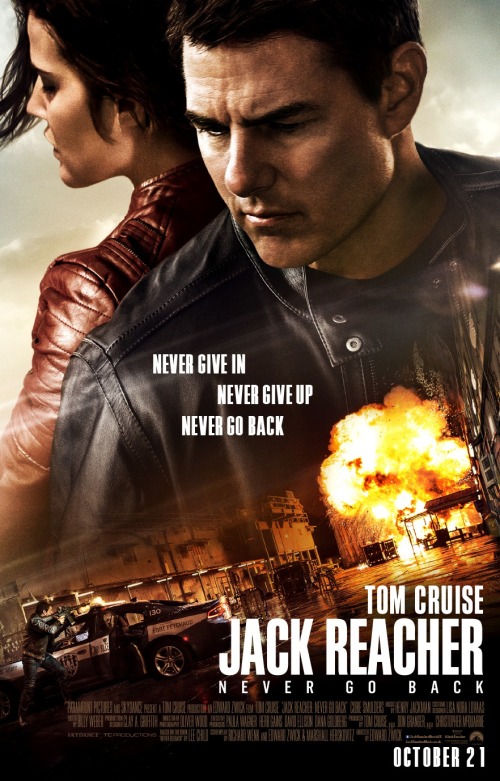 Jack Reacher must uncover the truth behind a major government conspiracy in order to clear his name while on the run as a fugitive from the law. (IMDb)
Midway through Jack mentions how he’s not used to working with other people and that speaks for the film too, particularly with the addition of Turner–it’s a bit of an awkward pairing that often undermines her supposedly strong character (it’s still always Jack saving the day). Snarky and smart Sam is a better fit, fortunately (the climactic tie-in was great and yeah, I cried at the embrace). The investigative plot does its job once again, with an engaging fugitive angle added this time around.
6.5/10 (Alright) 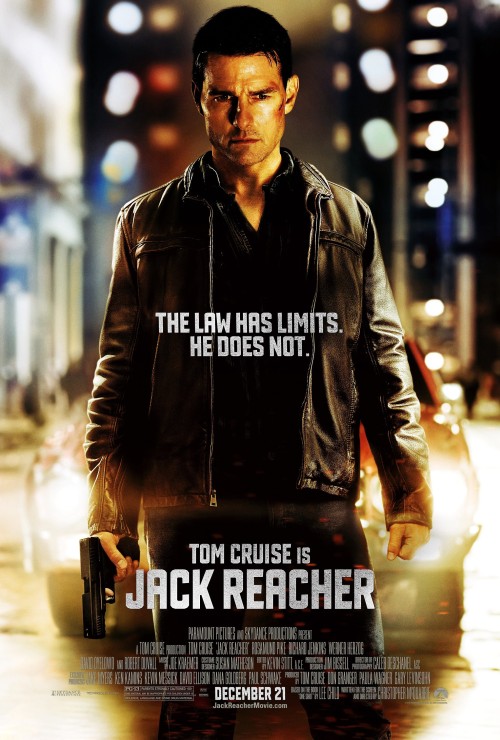 A homicide investigator digs deeper into a case involving a trained military sniper who shot five random victims. (IMDb)
The cockiness of the titular character is often roll-your-eyes annoying (especially knowing this is a “Tom Cruise Production”) but it is occasionally charming in a cheesy sort of way (“Don’t need it”), and there’s a certain fun in knowing for certain your hero will get the job done–it’s just a matter of how, and to that point, the action and investigation scenes are all well done and make up a solid story with just the right amount of humour (mostly Duvall) and political intrigue added in.
7/10 (Good) 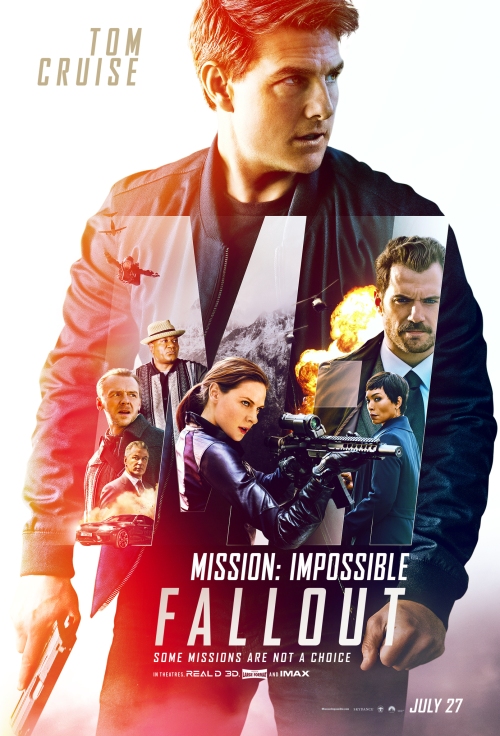 Ethan Hunt and his IMF team, along with some familiar allies, race against time after a mission gone wrong. (IMDb)
“So where are we going?” “So what’s the plan?” I feel like these exact phrases have been used so many times in every M:I flick but call me Pavlov’s pup cuz the way they’re continually followed by second-to-none, high-octane action, I’ll continue to salivate at their delivery. Gorgeous scenery accompanies the action here (that helicopter chase was just amazing), as does some engaging, twisty-turny espionage (the additions of Cavill’s moody Walker and Kirby’s enigmatic White Widow help here).
7.5/10 (Really Good) 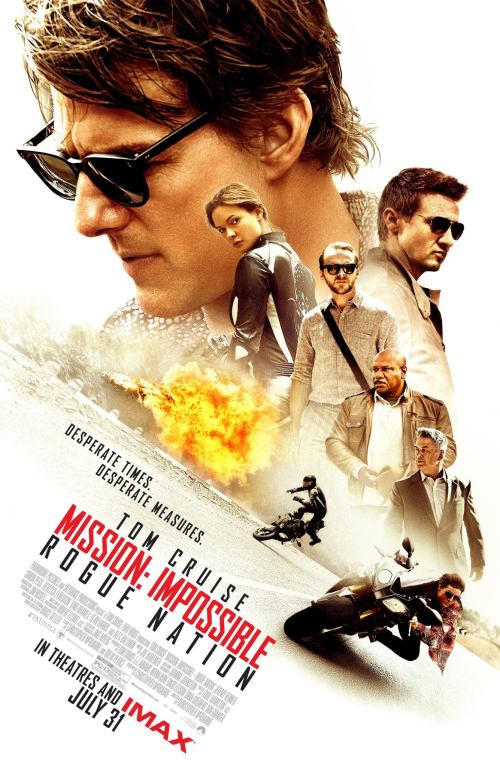 Ethan and team take on their most impossible mission yet, eradicating the Syndicate – an International rogue organization as highly skilled as they are, committed to destroying the IMF. (IMDb)
A ridiculous, fantastic opening sequence with Cruise’s all-in-all-the-time Hunt (“I’m not in the plane, I’m ON the plane!”) sets the stage for another wonderful batch of thrilling action that is just so insane and entertaining and well-made that you often forget what the plot is in the midst of it-and this time around the plot has its moments of deeper intrigue and character nuance (Ilsa’s a nice addition here, sans those gratuitous bod shots) like M:I 1, so it’s not like that’s not saying much.
7.5/10 (Really Good) 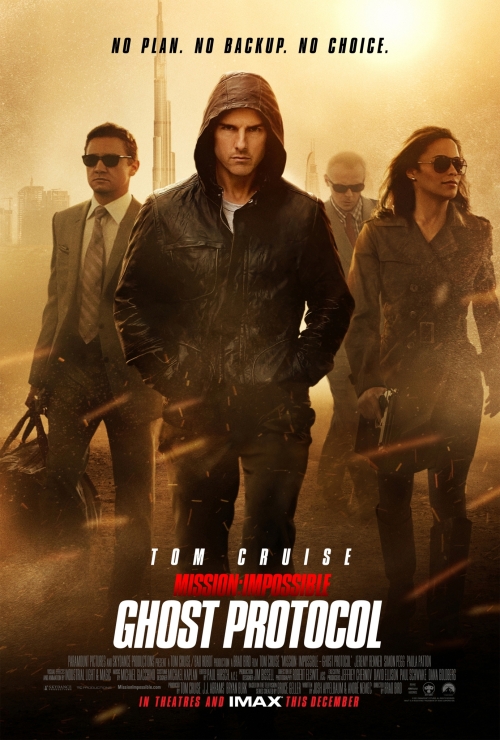 The IMF is shut down when it’s implicated in the bombing of the Kremlin, causing Ethan Hunt and his new team to go rogue to clear their organization’s name. (IMDb)
The stunts and sequences are even better than that of its stellar predecessor (see the hotel con and climb, insane parking garage fight), but the characters are not (Pegg’s comic relief aside) and the main plot starts to get a little silly, morphing into a bit of a cliche end-of-the-world deal complete with Euro villains. To its credit, it does embrace some of its ridiculousness (see Hunt’s failed “Mission accomplished!”). Not to its credit are the terrible placecards (Verdana of all fonts??).
7/10 (Good) 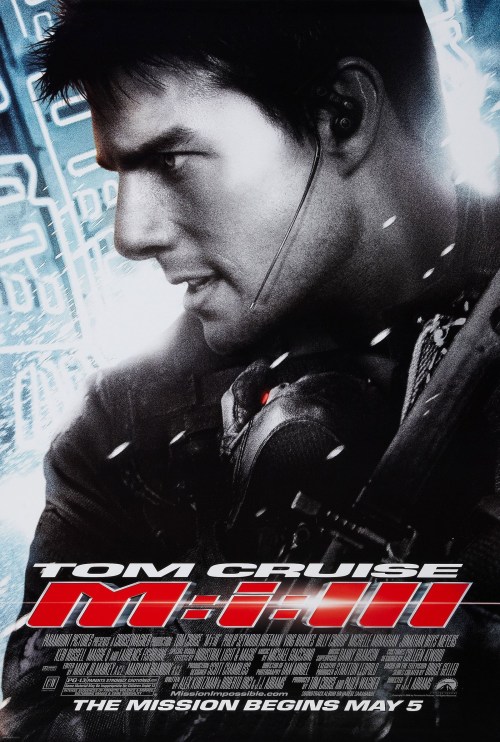 IMF Agent Ethan Hunt comes into conflict with a dangerous and sadistic arms dealer who threatens his life and his fiancee in response. (IMDb)
The action is excellent, with countless expertly directed sequences throughout (see the opening cliffhanger, bridge assault, Vatican City heist featuring a cool look into mask-making). The character work is great too, even if Hunt’s emotional thread doesn’t break any new dramatic ground: PSH’s villain is truly menacing (see his chilling plane threat) and the secondary cast is likeable as always (the final silent greeting scene was a lovely touch). The red herring-mole twist confounded, though.
7.5/10 (Really Good) 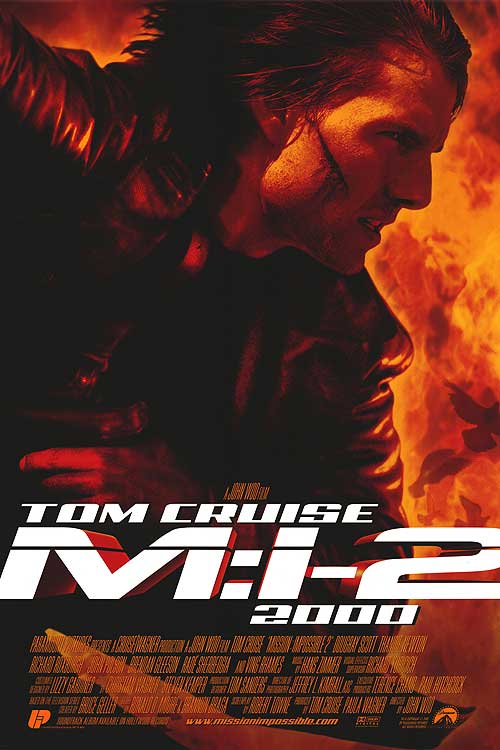 IMF Agent Ethan Hunt is sent to Sydney, to find and destroy a genetically modified disease called “Chimera”. (IMDb)
Dripping with dumb late 90s/early 2000s action movie machismo (see the nearly lethal sports car joyride, helpless female eye candy, ridiculous climactic motorcycle joust), and there isn’t much to mask it (though there are like a billion uses of masking technology *eyeroll*): the plot is average action movie fare (the added cheesy romance just makes it worse, so does the repeated slow motion) and the villain’s annoying. The chemistry and spy-work of the central trio keep this watchable.
6/10 (Mediocre) 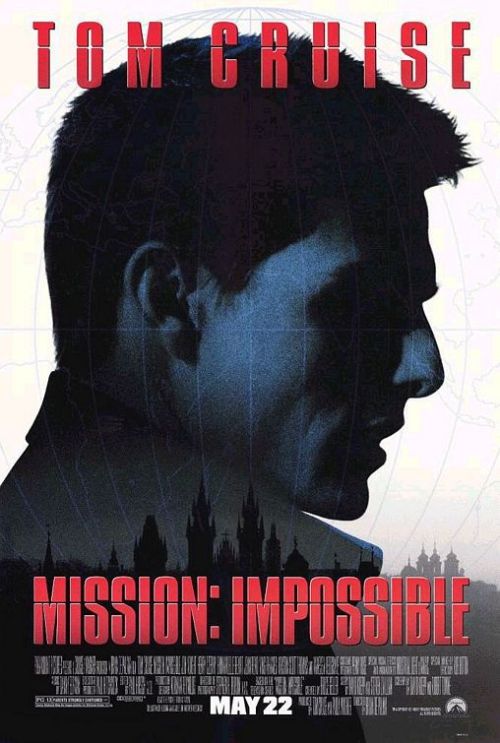 An American agent, under false suspicion of disloyalty, must discover and expose the real spy without the help of his organization. (IMDb)
The bounty of slick dialogue (delivered well by the solid cast) and the brooding, twist-filled espionage plot make it a little hard to follow at points (see the double mole-reveal near the end) but give the film a certain class and timelessness that mask its dated effects and on-screen technology, and elevate it above other 90s action flicks (though the action of the CIA heist was certainly a highlight). Tasteful underlying humour (“Relax Luther, it’s much worse than you think”) rounds it out.
7.5/10 (Really Good) 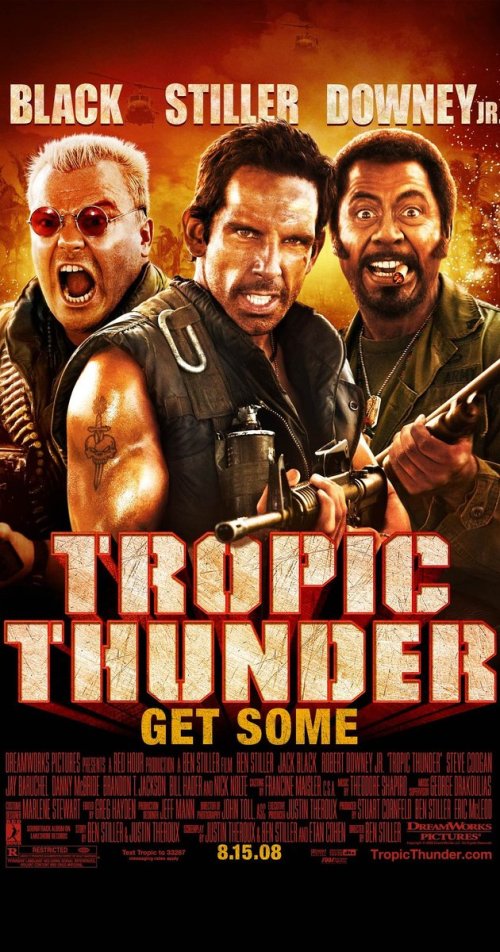 Through a series of freak occurrences, a group of actors shooting a big-budget war movie are forced to become the soldiers they are portraying. (IMDb)
Occasionally slips into lackluster-ly standard low-brow humour (dancing aside, Grossman is a bit much, and so was Kirk and Tugg’s convo about Simple Jack), but the satirical meta-movie framework that pervades the film offers loads of laughs, from the uproarious opening trailers, news clips, and initial action sequence (the first act was definitely the best) to the ongoing naivety of Stiller’s action star and stubbornness of RDJ’s method actor as contrasted with Baruchel’s earnest Kevin.
7/10 (Good) 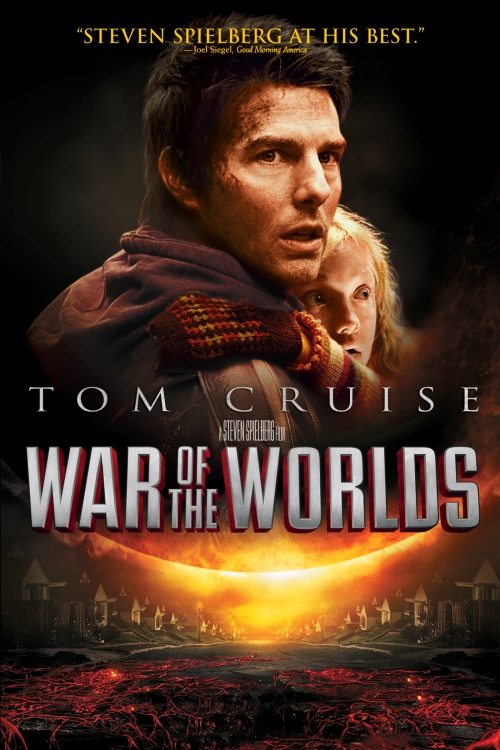 As Earth is invaded by alien tripod fighting machines, one family fights for survival. (IMDb)
There are some great set pieces and special effects here that combine with consistently tense action and adventure–spiked with just the right amount of chilling horror–to keep you entertained despite a script that continually raises questions (why didn’t Ray immediately go back to his children when things started happening? Why was Robbie so insistent upon fighting the aliens–and how did he get back?) and disappoints (the neglectful Dad sub-plot doesn’t come to any kind of climax or resolve).
6.5/10 (Alright)